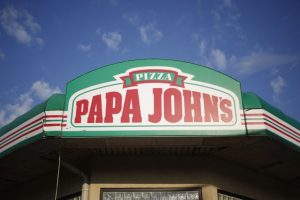 Papa John’s today achieved a new milestone by opening of its 2,000th restaurant outside of North America. The milestone outlet opened in Moscow and added to the company’s Russian footprint, which now includes more than 200 restaurants, and is one of its fastest growing markets, according to a press release.

The 2,000th store was opened by PJ Western, a master franchisee in Russia, the Commonwealth of Independent States and Poland.

In the release, CEO Steve Ritchie said the company will continue to seek additional opportunities to expand around the world.

Papa John’s International Inc has launched its 2000th restaurant outside North America, expanding its global presence. The milestone restaurant has been opened in Moscow, Russia, which is one of the company’s fastest growing markets.

Steve Ritchie, President and CEO, Papa John’s, said, “We are thrilled to reach this important milestone of 2000 international restaurants. It is an accomplishment few restaurant brands achieve. Papa John’s will continue to focus on its quality product as well as being a strong partner to our franchisees as we seek additional opportunities to build growth around the globe.”

Jack Swaysland, COO, Papa John’s International, added, “Our franchisees are doing a wonderful job of bringing our pizzas to more people around the world. International development is the long term growth engine for Papa John’s. We will continue to deliver on our BETTER INGREDIENTS. BETTER PIZZA. promise to customers everywhere.”

Christopher Wynne, President and CEO of PJ Western, stated, “The opening of restaurant number 2000 outside of North America is definitely a point of pride for us. Even as we continue to grow, our priority remains quality in every single restaurant. Guests can count on hot, delicious pizza that follows the original Papa John’s recipe as well as excellent service.”