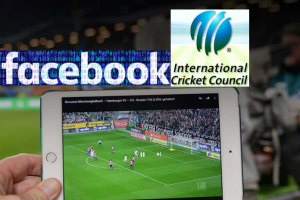 The International Cricket Council announced that social media firm Facebook has become the exclusive digital content rights partner for its global events in the Indian sub-continent.

Facebook will carry a range of digital content including post-match recaps, in-play key moments and other feature content for a period of four years (2019-2023). Facebook has been betting big to acquire the streaming rights of important sports events across the globe. In 2017, the social network made a $610 million bid for local streaming rights of the Indian Premier League (IPL), but it lost in higher bidding by Star India which bagged both digital and television for $2.55 billion for five years.

‪So, essentially, Facebook is the ICC’s exclusive digital rights partner for everything except live match streaming. Live streaming will still be on Hotstar, from what I gather. ‬

The International Cricket Council (ICC) announced a partnership with Facebook on Thursday, which will allow the social media site to have ‘exclusive digital content’ rights for ICC global competitions in the Indian subcontinent. Facebook is a very popular social media platform that will have post-match ‘recap’ posts all over the world by 2023.

Digital content will be made available on Facebook for four years, in addition to match recap and feature moments during the match. ICC Chief Executive Manu Sahni said, “We are happy to welcome Facebook to the global cricket family in which we have partnered over many years. This combination will be a thrill for the future of our game as it contains one of the world’s most watched sports and the world’s largest social platform.

Facebook to Launch Its Own Cryptocurrency, its own version of Bitcoin

The World Cup played in England and Wales was watched by around 4.6 billion people on the ICC’s digital and social media. Encouraged by this, Facebook has finalized the agreement with the ICC.