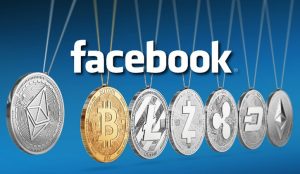 Facebook is reportedly looking into launching its own cryptocurrency like bitcoin, according to sources close to the matter.

After reports surfaced that Facebook is making another Blockchain technology, media reports have asserted that the long range social media monster is likewise making massive planning for the formation of its own digital money.

As per the tech site Cheddar, Facebook is “intense about it”.

However, “people familiar with the matter said the social network doesn’t have plans to hold a so-called initial coin offering (ICO) by offering a limited number of virtual tokens for the public to buy at a set price,” the report said late Friday.

Facebook has more than two billion clients all inclusive and propelling digital currency will enable them to make payments and other arrangements utilizing a virtual cash like Bitcoin.

“I’m setting up a little gathering to investigate how to best use Blockchain crosswise over Facebook, beginning starting with no outside help,” David Marcus, right now the executive in charge for Facebook Messenger, said in a post.

In an announcement later, Facebook stated: “In the same way as other different organizations, Facebook is investigating approaches to use the energy of Blockchain innovation. This new little group will investigate a wide range of uses. We don’t have anything further to share”.

Worldwide spending on Blockchain arrangements is required to reach $2.1 billion out of 2018, more than twofold of the $945 million spent in 2017, statistical surveying firm International Data Corporation (IDC) said not long ago.

Recode had first announced that Facebook is building another group hardcore devoted to Blockchain innovation and Marcus was leaving his post to develop and run the Blockchain group.

Buried in an enormous information rupture debate, Facebook has taken off greatest ever rearrange at the senior administration level since its origin — crosswise over stages, including WhatsApp and Messenger.

According to Recode, the company has made long-time executive Chris Cox in-charge of Facebook, Instagram, WhatsApp and Messenger — now called a “family of apps”