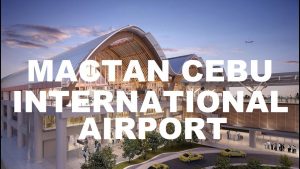 The $600-million dream project is part of the first unique ‘airport resort’ in the world that GMR-Megawide has been working since 2015. 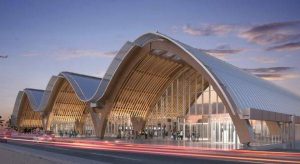 Designed by Hong Kong-based architect Integrated Design Associates (IDA), the 65,500m² (6085ft²) facility was constructed as part of GMCAC’s 25-year concession for the airport. It has been purpose-built to cater for international travelers and will increase the airport’s capacity from 4.5 million passengers per annum to 12.5 million.

The $600-million project is a piece of the primary ‘airplane terminal resort’ on the planet that GMR-Megawide has been overseeing since 2015 after winning the concession agreement. 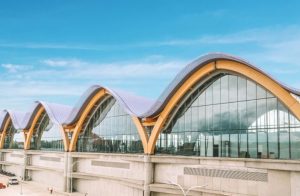 GMR has brought in operational best practices which have significantly enhanced passenger experience. Moreover, GMR has taken proactive steps to boost tourist traffic, which has resulted in Cebu witnessing an impressive double digit growth traffic growth over 7.2 million traffic registered in 2014. The improvement in operational efficiency has helped Cebu generate profits from day one.

GMCAC assumed control over the tasks MCIA from November 1, 2014 and is in charge of development, improvement, remodel, extension and activity of the airplane terminal for a time of 25 years.

“With the opening of new terminal, the whole global activities has moved from existing Terminal 1 to the newly opened Terminal 2 and aggregate limit of MCIA has extended from 4.5 mppa to 12.5 mppa,” said an organization articulation including that the new terminal, spreading over 65,500 sq.m will not only lessen congestion and air traffic in MCIA, but also offer an wide-ranging retail environment. 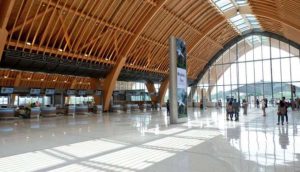 “With a one of a kind outline that catches the glow and cordiality of the neighborhood culture, Terminal 2 is set to change MCIA into a world-class tourism facility and resort gateway,” the announcement included.

Considered as the focal door to the Visayas and Southern Philippines, MCIA is the second biggest air terminal facility in Philippines. In 2017, it respected a sum of 9.97 million travelers, a 12% expansion from the earlier year’s 8.89 million.

With a aggregate of 23 international destinations, 33 domestic destinations and 26 partner airline carriers, Mactan Cebu Airport connects Cebu to the rest of the Philippines and to the world.

The launch of Terminal 2 and the future expansion of MCIA will allow GMCAC to launch more direct international services to Cebu and expand the number of domestic connections such that Cebu becomes a major gateway to the Philippines, the statement added.

GMR Group owns and operates India’s Delhi Airport which is presently ranked as World’s No.1 airport in its passenger category as well as Hyderabad airport which has been consistently ranked among World’s top three airports in its category over the last 7 years. The Group had constructed Delhi airport’s Terminal 3 in a record time of 37 months and Istanbul’s Sabiha Gokcen airport in 18 months, which is a world record.