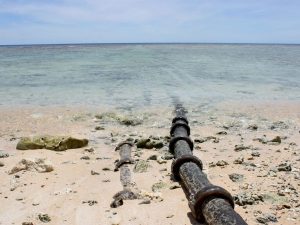 It is now reported that Google’s third private sub-sea cable, Equiano, will connect South Africa to Portugal, traveling through across the west coast of Africa.

It is Named after Nigerian-born writer and abolitionist who was enslaved as a boy, Olaudah Equiano, the Europe-to-Africa cable is Google’s fourteenth sub-sea investment across the world and the third private international cable after Dunant and Curie.

Alcatel Submarine Networks was contracted in the fourth quarter of 2018 to build the cable, which will start in western Europe and run along the west coast of Africa between Portugal and South Africa, with a landing on the coast of Nigeria.

This first phase is expected to be finished in 2021.

Equiano will also consists nine additional connecting hubs along the route that can be used to improve and expand further connectivity to other African countries.

This new cable is been fully funded by Google, is based on space-division multiplexing (SDM) technology, which unlocks about 20 times more network capacity than the last cable built to serve the region, the company said in a press release.

SDM helps to boost cable capacity in a cost-effective manner, with 12 fibre pairs – compared with the six to eight traditionally used in sub-sea cables – and power-optimized repeater designs.

The 6 400-km-long Dunant, which will connect the United States and France when completed in 2020, is the first sub-sea cable to use SDM technology.

Equiano will likewise be the principal sub-sea link to join optical exchanging at the fiber-pair level, instead of the conventional methodology of wavelength-level exchanging, which will improve the portion of link limit, giving Google the adaptability to include and reallocate limit in various areas as required.

“Equiano is fully funded by Google, we are able to expedite our construction timeline and optimize the number of negotiating parties,” the company says.

Google has reported $47-billion in capital expenditure between 2016 and 2018, which included investments to improve its global infrastructure.

Google has invested heavily in couple of consortium sub-sea cables, including Havfrue and the Hong Kong-Guam Cable system (HK-G), as well as Curie, becoming the first major non telecommunications company to build a private intercontinental cable.

“We are excited to bring Equiano online and look forward to working with licensed partners to bring Equiano’s capacity to even more countries across the African continent.”