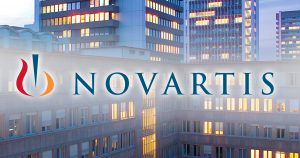 The Food and Drug Administration on Friday approved Zolgensma for children under the age of two with SMA, including those not yet showing any signs or symptoms. The approval protects babies with the deadliest form of the inherited disease as well as those with types where debilitating symptoms may set in later.

SMA is the leading genetic disorder which is the main reason for death in small born babies or infants. This type of genetic disease often leads to paralysis, breathing difficulty means suffocation and death within months for babies born with the most serious type 1 form. SMA affects about one in every 10,000 live births, with 50% to 70% having type 1.

“This is potentially a new standard of care for babies with the most serious form of SMA,” said Dr Emmanuelle Tiongson, a Los Angeles paediatric neurologist who has provided Zolgensma to patients under an expanded access program.

The therapy uses a virus to provide a normal copy of the SMN1 gene to babies born with a defective gene and is delivered by direct infusion in the body.

A review in April by the independent Institute for Clinical and Economic Review (Icer), concluded Novartis’s previous $5m-per-patient value estimate for Zolgensma was excessive.

But on 24 may 2019, Icer said that based on Novartis’s additional clinical data, the broad FDA label and its launch price, it believed the drug fell within the upper bound of its range for cost-effectiveness.

Novartis said it has so far treated more than 150 patients with Zolgensma. Its Chief executive officer, Novartis,  Vas Narasimhan, described Zolgensma as a near-cure for SMA if delivered soon after birth. But data proving its durability extends to only about five years.

Further he added I am deeply grateful to everyone who contributed to making today possible, especially the courageous children and families who participated in clinical trials and our team at AveXis.

Novartis is expecting European and Japanese approval later this year. Zolgensma will compete with Biogen’s Spinraza, the first approved treatment for SMA.

Spinraza, approved in late 2016, requires infusion into the spinal canal every four months. Its list price of $750,000 for the initial year and $375,000 annually thereafter was also deemed excessive by Icer.

Wall Street experts have predicted that Zolgensma estimated sales of $2bn by 2022, according to a Refinitiv survey. Spinraza sales hit $1.7bn last year, and are predicted to rise to $2.2bn in 2022.

If the disorder is left untreated, the condition leads to great loss of muscle function. Severe cases can result in death. Current treatments for the disease require regular infusions costing $750,000 in the first year and $375,000 per year thereafter.

Today, the FDA approved our landmark, gene therapy for patients with Spinal Muscular Atrophy (SMA). SMA is a devastating disease that can rob children of their ability to walk, talk, swallow and even breathe. Approval is the culmination of 25 years of research and a historic moment for SMA patients and their families.

Novartis’ Zolgensma will cost $2.125 million — or $425,000 per year for five years. The drug maker said it’s in “active discussions” with insurers on setting up payment plans.

We are very proud of for Clinical Biosafety Services to have supported this incredible treatment, now, FDA approved as ZOLGENSMA. FDA approves innovative gene therapy to treat pediatric patients with spinal muscular atrophy, a rare disease and leading genetic cause of infant mortality.

We really appreciate and Congratulate Novartis and AveXis, Inc. colleagues for this groundbreaking achievement for SMA patients and the gene therapy field.