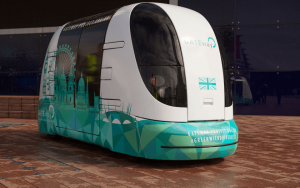 Its not that British People had first time seen experimenting and testing to travel through autonomous road vehicles in Britain. But this time Members of the British public are getting their first extended trial of a driverless shuttle bus. According to Officials they would be planning to test this driverless shuttle over the next three weeks and almost 100 people will travel in a prototype shuttle on a planned route in Greenwich, London at a speed of10 miles per hour (16.1kilometers per hour). The Driverless Shuttle will be controlled by a computer and it will also be accompanied by a trained person on board who can stop the shuttle if required during the tests.
Oxbotica, the firm that developed the prototype technology behind the shuttle. The firm has told that around 5000 people from Britain has already applied to experience this unique service and also they can get reviews and feedback of the same.The shuttle will be accommodated with four people and has no steering wheel or brake pedal. During the tests, five cameras and three lasers will help it navigate and communicate a two-mile riverside path near London’s O2 Arena. The Shuttle has capacity to see 100 meters (328 feet) ahead while travelling and also been equipped with emergency brakes if it detects anything on his route.. Its been designed and structured in very well safe and secured manner that eliminates the chances of serious causalities.

It is expected to be launched in 2019 after all the trails and tests are successful they will roll out across the country. Industry Minister Nick Hurd said: “The UK has a history of innovation in the auto sector and this type of technology has the potential to save lives as well as offer freedom to the elderly or those with mobility impairments.” 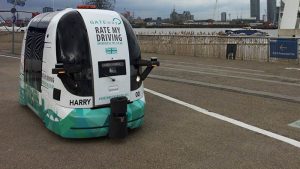 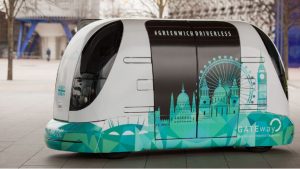