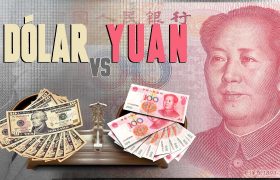 In a first since 1994, the U.S. Treasury Department declared China a “currency manipulator” — after the country let the yuan to fall to its lowest level against the dollar since 2008. China also confirmed that it is suspending purchases of U.S. agricultural products, as a response to President Trump’s new 10% tariffs on another […]